Forget Amazon & eBay – This Is Where You Make Fast Cash For Free!
Say Goodbye To Fees And Hello To Freedom… 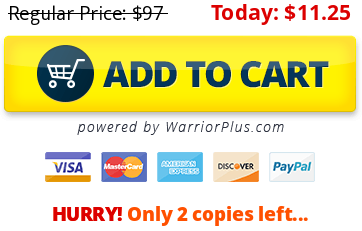 Of course I know what I’m doing there. I’m sourcing stock to sell on Amazon.

That particular day I picked up a couple of items and a bad cold.

By the time I got home I knew there had to be a better way.

Don’t get me wrong – sourcing items at markets and fairs can be a lot of fun in spring and summer.

Or all year round if you live in warmer climes.

Here in the UK, it can also be a real grind in the gloom of winter.

Luckily for me, I did find that better way.

And it been right there in front of me all the time!

Before I get to that, let’s talk a moment about Amazon.

It’s still an incredible marketplace earning billions each year for the hundreds of thousands of sellers on there.

But that’s also the problem – the sheer numbers.

And for some items, Amazon simply does not work that well.

You Can Make Huge Profits

Or how about vintage clothing?

But you can’t sell used clothing on Amazon.

So what about eBay, I hear you mutter…

You tried selling on eBay recently?

I’ve heard too many horror stories to even go there for items like this.

Or the same stuff other people no longer want that you can pick up for next to nothing at flea markets, fairs, vintage shops and the like.

There Are Fees On Amazon

But there are restrictions on what you can sell on Amazon.

There are also the fees.

Again, lots of them.

All of which can really get in the way of you making decent money without busting a gut.

(Did I mention it was also raining? It does a lot of that over here!)

I kept asking myself if it was worth it.

And telling myself it was.

It Was Time To Find Alternatives

But when I finally got home and put up my aching feet, I knew it was also time to find alternatives.

Know what they say about the best things being under your nose all the time?

Because when I opened my laptop an hour or so later I saw it.

The Answer that changed everything.

It was a message from someone who belonged to the same Facebook group as me.

And it was the content of that simple message that flicked a switch in my head.

You see, this person wanted to buy the item I had posted up the night before –  a dolls house my daughter no longer needed that I could not sell on Amazon.

Even better, they lived locally and were willing to pop round and pick it up.

By the time I went to bed that night, I was richer, happier and I had a plan…

One that I implemented.

What I discovered through trial, error and success has led me to create Facebook Fast Cash for you so you can copy all that I have learned…

And earn not just fast, easy cash but turn this into a regular stream of income!

Main Course PDF
Follow the simple steps in this comprehensive 54 page PDF complete with screenshots so you, too, can make fast, free cash on Facebook!

Extra BONUS Video Training
Replay delivered direct to your inbox so you can really make sure you’re up to speed and sharpen your skills even more!!

Secure your copy of Facebook Fast Cash today and start profiting from it!