Discover How To Make More Money From Any List…Even One That Seems Stone Dead!

Forget Funnels – It’s All In The Follow-Up… 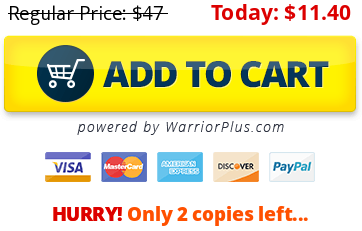 Learn How To Keep Your Lists Profitable For Years To Come!

You did what they said.

Then you sent out some emails.

Maybe at first they responded.

Because those squillions you were promised did not pour in.

I know just how you feel because I’ve been there, staring at those stats. Seeing those clicks and sales in single figures.

At the time, I couldn’t figure out what I was doing wrong. But I wasn’t going to sit there and just take it…

After all, just like you I’d listened when they told me that having a list or lists was one of the biggest assets you could ever have.

A surefire pathway to recurring riches.

Or even just that fabled passive income.

Maybe it is at first but those subscribers soon stop listening. And buying.

Unless you know what you are doing.

Those emails you send out languish, unopened. Ignored.

And what does that mean?

A big, fat zero in your bank account as well.

You know what? I simply could not afford for that to happen. I had a daughter to feed as well as a couple of kitties.

A roof to keep over our heads.

So I did what you may have done. I experimented. And I studied – a lot.

I literally took every course I could. Some good.

So I Came Up With My Way Of Doing Things

Then I implemented what I had learned and I refined it so that slowly, through a lot of trial and error, I came up with my way of doing things…

A way that works.

Now I use my methods to ensure that my lists remain engaged and, yes, excited to hear from me.

I surprise and delight them.

I treat them right and they reward me with their loyalty.

If at this point you are nodding your head and saying:

Then I would ask how that’s working for you?

They think that throwing a few freebies to their list like they’re starving dogs will guarantee their undying devotion (it won’t).

Or they imagine that slapping out sales email after sales email like some gooroo told them will mean a bulging wallet (good luck with that one).

Worst of all, they’ve heard something about storytelling so they start turning their list off with tales your grandma would blush to hear…or that would make her snore.

Thing is, there is an art to making a list profitable, never mind keeping it that way.

Want to know what that is?

It’s all in the follow-up, my friend!

If, indeed, they haven’t ended already.

Because these days you need to be so much more human in your marketing.

You need to think one to one.

Respond to your prospects and subscribers as if they were the only person on the planet.

Sounds hard? It isn’t. Not if you do it my way.

And that’s what you’re going to learn in:

Here’s What You Will Discover…

What Forces Them To Take Action

Irresistible triggers you can use to get them to take action…even when they haven’t for months!

The 6 Types Of Emails You Should Send

Deploy one of these surefire winners and your list will be all over you like a love-starved pup!

The Secret To Storytelling

Most people don’t do this right – learn how to leverage the true power of storytelling to boost your results big time!

How To Keep ‘Em Happy So They Buy

It’s not about throwing freebies their way or boring them to death…learn the right way to engage and captivate your list and they will love (and buy from you) forever!
What You Get With Cashflow Kickstart

Fill-In-The-Blanks Worksheets
To consolidate what you learn in the course!

Main Course PDF
Follow the simple steps in it so you, too, can make money from any list!

And So Much More Than I Can Tell You Here!

Secure your copy of Cashflow Kickstart today and start making more from your lists!

One-Time Only Payment.  Access Details Will Be Delivered To Your PayPal Email – Please Check That & Your Spam Folder.